Prolonged Paraquat Use: Side Effects

Prolonged usage of the herbicide Paraquat can lead to serious health concerns, including Parkinson’s Disease. If you have recently been diagnosed with an illness as a result of using Paraquat, it’s time to speak to a Paraquat lawsuit attorney in Arkansas about the possibilities of your claim.

Since Paraquat has posed health threats to hundreds of workers, attorneys for mass torts cases are on standby at Keith Law Group, ready to handle your lawsuits. If your case meets certain criteria, you could be entitled to seek extra compensation.

The herbicide Paraquat is a highly toxic chemical that is not available to the general public. Only licensed farmers trained and equipped are allowed to handle Paraquat due to its high level of toxicity and chemicals.

Since Paraquat is the active ingredient of Graxomone, which is used to handle weeds, it is not allowed to be around residential areas or in the majority of parking lots.

Paraquat can be found with a blue dye and a strong smell to distinguish itself from other liquids on the market. It also contains an added agent to cause vomiting if it is accidentally ingested since swallowing the liquid can result in death.

Side Effects of Prolonged Use

Farmers who use Paraquat and are exposed to the chemicals can come in contact with the harmful substance in a variety of ways. While it’s safe to say no one is going to openly drink a harsh herbicide, farmers can still breathe it in and have the liquid come into contact with their skin or cuts that, over time, can lead to severe damage.

Here are some common side effects a person may experience after being exposed to Paraquat for an extended period of time:

If you are a farmer that comes into frequent contact with this chemical, it’s imperative that you protect yourself at all costs. Having on proper masks, gloves, and clothes to protect your lungs and body can reduce the risk of harmful exposure and the development of one of these diseases or side effects.

What Is a Paraquat Lawsuit?

Lawsuits have been filed against Paraquat due to their failure to warn about the potential cause of Parkinson’s Disease after long-term exposure. Since hundreds of farmers have developed Parkinson’s or other life-altering health concerns, attorneys for mass tort cases have started to dive deeper into the investigation.

It is the chemical-producing company’s job to properly warn its users of potential harm that can come from the exposure of using the pesticide. Without these proper warnings, users are eligible to file a claim and seek justice against their damages.

If you believe that you have developed Parkinson’s or other health changes from exposure to Paraquat, you could be entitled to extra compensation after speaking to a Paraquat lawsuit attorney in Arkansas.

Nearly 600 lawsuits have been filed against Paraquat, and it’s expected that a decision will be made in the litigation by the end of 2022 or the start of 2023 at the least. 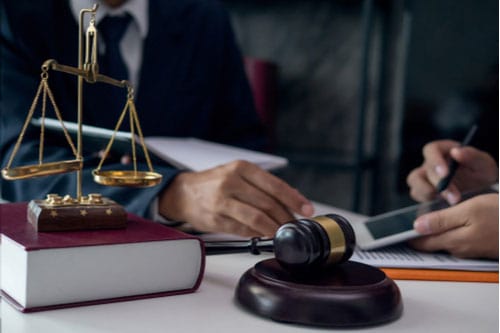 The Link Between Paraquat and Parkinson’s Disease

Excessive exposure to Paraquat has been studied and found to increase the chance of users developing Parkinson’s based on the severity of its toxicity.

When ingested or exposed to the body, Paraquat is strong enough to break down and kill cells in the body through oxidized stress. Since Parkinson’s is a cause of lost nerve cells in the brain, these cells are more susceptible to oxidized stress and can lessen from this intense herbicide.

It’s believed that farmers who have developed Parkinson’s Disease have a genetic tie to this happening since not everyone who is exposed can develop this sickness. However, without the proper warning being displayed, users with a genetic history of Parkinson’s in their family could have not made proper preparation to use the chemical.

Since Parkinson’s Disease leads to the loss of movement control, treatments for this sickness can include medications to help regulate control. Those who develop Parkinson’s may experience tremors in the body and excessive shakiness that unfortunately, has no known cure.

This can be very devastating for individuals suffering from this disease since they will have to be prescribed medication for the rest of their life. For some people, the cost of medication can provide another burden on the family, not to mention the stress of now having no control of tremors.

What Attorneys for Mass Tort Cases Can Do for You

If you have suffered from Parkinson’s or other health damages from the company, you can file a mass tort claim with a weedicide lawsuit attorney in Arkansas. These claims are also typically filed against drugs or harmful activity.

Mass tort claims are similar grievances multiple plaintiffs file against one defendant. Since several users of Paraquat are experiencing the same effects, these lawsuits have constituted mass tort claims.

Attorneys for mass tort cases will have to review your claim first to make sure you meet the criteria for a case. Since mass tort claims are a group of claims with plaintiffs fighting similar battles, your attorney will look for consistencies among other clients claiming similar injuries.

Each plaintiff in a mass tort case has their own lawsuit, but the overall structure of the case is similar. The lawyer representing you needs to have several cases that are the same to take to trial so that the rest of the case is determined by a particular pattern.

Speak to Keith Law, a Paraquat Attorney in Arkansas

If you have questions about your Paraquat exposure, Keith Law Group serves as Paraquat lawsuits attorneys in Arkansas ready to take on your questions. No one should have to suffer the consequences of this harmful herbicide due to a failure to warn the public about possible health side effects.

Determining the next steps in your case starts with giving us a call at (479) 326-7734. Our attorneys can review your claim and give you the best indication as to how much you can receive out of your final Paraquat settlement.

Exactech Recall: What You Need To Know

Exactech Recall Lawsuit: Who Can File One?

Personal Injury Claim: Who Pays After an Uber Accident? 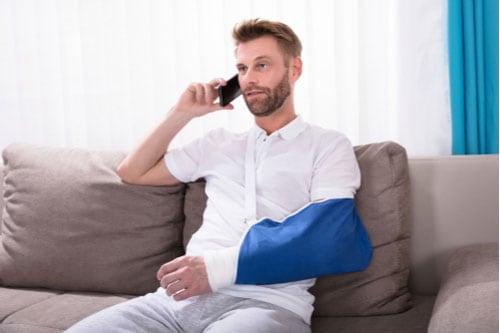