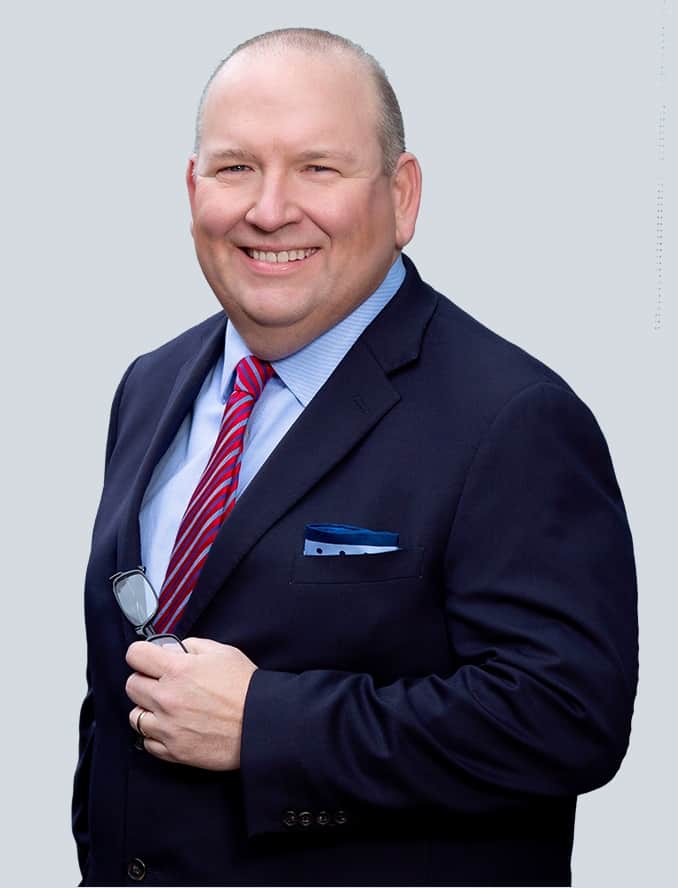 Sean T. Keith for more than twenty-five years, has represented people injured as a result of the negligence of others.  His practice began with car wrecks and has grown to include tractor trailer crashes, nursing home abuse and products liability cases against car manufacturers and pharmaceutical companies.  He is rated AV Preeminent by Martindale Hubbell.  He has been recognized by several national organizations, regularly being featured on the Mid South’s Super Lawyer list, including being named a Top 100 Trial Lawyer by the National Trial Lawyers.

Attorneys across the United States refer cases to Sean that involve bad drugs and medical devices. As part of his work in the transvaginal mesh litigation, Sean has taken on primary responsibility for depositions of key corporate employees, including engineers, medical directors, and regulatory officers.  One of the cases to which Sean contributed resulted in a multimillion-dollar verdict against the mesh manufacturer. Additionally, he has represented dozens of clients on the Stryker hip failure cases, which resulted in a nationwide settlement of over one billion dollars.

Sean began his career as a prosecuting attorney in Logan County, Arkansas, where he was involved in jury trials concerning several different types of criminal cases, including murder. Since 1995, he has exclusively practiced civil law.

Sean is a former Rotarian and was Commissioner of the Rogers Public Library.  He is a member and former Trustee for Central United Methodist in Rogers.