Many people have been harmed and killed by the careless actions of one of the richest and most well-established corporations in the world, Monsanto. Sad to say, a great deal of their profits and position has come from the unscrupulous production and distribution of a single product, Roundup – an herbicide marketed internationally.

While this chemical treatment is effective at reducing the population of unwanted plants in the area, the product has become a cause for concern. Several studies have found the use of this herbicide can have serious consequences.

Monsanto should be held responsible for the serious damages and harm caused by Roundup and for their devious tactics in hiding the truth about their profitable product. Keith Law is even now pursuing lawsuits on behalf of these victims and can take on your case as well.

Call Keith Law at (479) 326-7734 to arrange a consultation to discuss options for filing an Arkansas Roundup lawsuit. Our team of dedicated attorneys is highly experienced in handling personal injury claims.

What is Roundup and Why Is It Dangerous?

Roundup is the market name for a chemical that was developed in the 1970s called glyphosate. This chemical functioned like a dream and was the answer to a problem shared by farmers and gardeners everywhere. Monsanto had already developed a line of “Roundup Ready Crops,” specially designed and genetically-modified crops that would be unaffected by the Roundup application.

This fascinating convenience was a roaring-success and farmers across the globe took advantage of the product to kill off weeds easily without affecting their desired crops.

It works like this. The Roundup application allows glyphosate to be absorbed into the plants and this obstructs the production of a specific enzyme that is needed to keep a growing plant alive. This spreads death to all except the authorized and genetically-modified plant selection. Certainly, this was a highly effective herbicide.

But the story took an ugly turn. It was not long before studies found that this “wonder” herbicide solution was a noxious and deathly brew, a potential carcinogen. But it was already being used on a massive scale across agricultural ventures and domestic gardening plots internationally.

Some forms of cancer associated with Roundup include:

Are There Currently Lawsuits Against Roundup Manufacturers?

Farmworkers and those with greater exposure to glyphosate are at the greatest risk of the adverse effects of this noxious substance. Victims of exposure to these chemicals have been reporting health complaints for many years. Unless the Monsanto and Bayer companies come to terms with the current claims soon, there may be an unprecedented rise in lawsuits against them over the coming years.

Because of the popularity of the Roundup herbicide, it has remained on the market for many years and has had truly extensive effects. But, findings have indicated that prolonged exposure to this household chemical can be a major contributor to certain types of cancer, namely lymphoma. Three claims have already been made against Monsanto and their parent company Bayer, and 43,000 separate lawsuits have been filed as well. Nevertheless, the manufacturers of Roundup insist that their product is perfectly safe as long as safety indications are followed explicitly. They deny their product has anything to do with the various cases of cancer linked to the use of Roundup.

How Much Can You Receive For a Roundup Lawsuit?

It is hard to put an exact value to any case without looking carefully at all the details involved. Potential victims can expect different settlements in a Roundup case depending on the nature of the harm inflicted.

Nevertheless, according to the statistics posted in the New York Times, those that have become afflicted with non-Hodgkin’s Lymphoma or any other cancerous condition can claim anywhere between $5,000 to $250,000.

The major point of concern for the manufacturers of Roundup is that each successful lawsuit has the potential of becoming much higher than the last.

In one of the more recent cases, Alberta and Alva Pilliod claimed that overexposure to Roundup caused their non-Hodgkin lymphoma. According to the final ruling, the California couple will receive $17 Million in compensatory and $69 Million in punitive damages. This is down from the original ruling of $55 Million and $2 Billion respectively.

How Much Does a Roundup Lawyer Cost?

Of course, the most important thing to understand when reading this tragic tale is that these victims are real people with real suffering. This is something we have always kept in the forefront of our minds when providing representation to our clients.

Those suffering the consequences of others’ neglect and careless actions are rarely in any condition to consider the financial strain of a professional legal counsel. For this reason, we offer our Roundup lawsuit preparation and representation on a contingency basis. This means that we will not charge you a thing for our skill and expertise unless we win you the case and get you the compensation you deserve.

Keith Law Can Help with Your Arkansas Roundup Lawsuit

One of the most sinister aspects of this sordid tale is the potential extent of Monsanto’s awareness of the problem and efforts to keep the truth under wraps. They have always claimed glyphosate is safe, even after a 2015 study placed this compound on the list of known carcinogens. Now, some recent evidence shows how Monsanto has tried to derail an EPA review of glyphosate written by credible researchers. They have even gone as far as ghostwriting reviews on glyphosate under the names of respectable reviewers.

If you or someone in your family has become ill from exposure to Roundup, our experienced personal injury lawyers can help add your lawsuit to the growing wave of legal action against the manufacturers of this harmful product. Contact our representatives by calling (479) 326-7734 today. Once you have completed your initial consultation with our experienced attorneys you will have a clear idea of your legal options here. 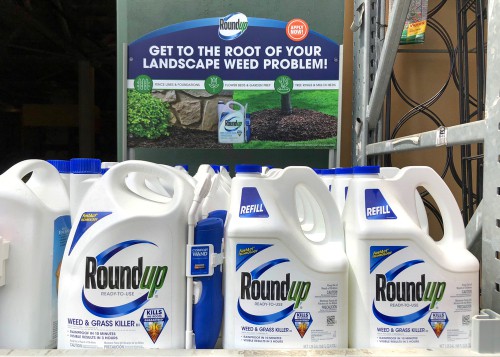 Roundup is the most widely used weedkiller in the world. Over the last three (3) decades, the number of people who use the product has