When we choose a nursing home for an elderly loved one, we do so based on their promise for high standards of care, along with other assurances of highly-trained staff and great care/attention provided at the facility. That’s why it’s usually shocking to later find out that your loved one was a victim of abuse or neglect while staying at the nursing home you entrusted them with.

If you suspect your loved one has been abused, you want to seek justice for them as soon as you can. However, it can be an overwhelming experience deciding where to turn and what to do in such a situation. That is why our Rogers nursing home abuse lawyers are here to help. After all, you can no longer trust the nursing home or the company that runs it, considering they will most likely deny that any sort of abuse occurred. Moreover, although law enforcement could investigate the situation, filing a criminal case will only offer little compensation to your loved one.

When dealing with such a situation, it’s important to contact an experienced lawyer to discuss your options and start the process of seeking the justice they deserve. The Rogers personal injury lawyers at Keith Law Group take great pride in helping clients tackle nursing home abuse cases, and are always ready to fight to make sure justice is served.

What are Some of the Signs of Nursing Home Abuse?

In many cases, the elderly residents are too ashamed or disgusted to come forward and report any hardships or mistreatments they might be experiencing. For this reason, it’s important for the families with elderly loved ones in nursing homes to seek legal counsel whenever they suspect that abuse might have taken place.

What are the Different Types of Nursing Home Abuse?

Over the years, we have investigated and handled lawsuits on behalf of clients whose loved ones suffered the following kinds of abuse:

This is the kind of abuse typically experienced as over-medication, force-feeding, and excess use of physical restraints.

In nursing homes, this is often experienced as isolation, verbal threats or degradation, insults, and sarcastic remarks. It could also refer to emotional manipulation, which can occur when a staff member manipulates a resident for their personal gain. This could be experienced as manipulating a resident to overlook abuse for fear they won’t be groomed or fed.

Additionally, the nursing home staff members might manipulate residents into behaving in ways that “make it easy” for the employees to do their job but may be harmful to the individual residents. An example is a resident being afraid to ask for a snack or water for fear they might be reprimanded for it. This could lead to the resident being malnourished or dehydrated. Similarly, emotional abuse may take the form of threats, which typically occur when a resident is threatened into keeping quiet about the abuse. A resident suffering from this kind of emotional abuse may show signs such as mood swings, lowered self-esteem, withdrawal, depression or anxiety, unexplained confusion, and odd behaviors like rocking, sucking, or biting.

This can occur when a resident is tricked or forced into engaging in unwanted sexual contact. In most cases, the victim is too ill or too weak to give consent. The sexual abuse could come from another resident, a staff member, a stranger, a visitor, or even a family member.

This refers to the failure of a caregiver to exercise the level of care that is expected from them. Some of the most common kinds of neglect in nursing homes include failing to provide the apt shelter or clothing, failing to help with personal hygiene, failing to acknowledge unsanitary conditions, and their effect on residents, as well as failure to address any prevalent safety and health concerns.

This usually occurs when a person tasked with monitoring the spending habits of an elder exploits their position and engages in misappropriation of funds and other assets. Some examples include using funds or assets for their own benefit, tardy bill payments, tricking a resident into signing wills, contracts, or other legal documents, taking advantage of the power of attorney for personal development, and forcing signatures in order to access possessions or funds.

When Can a Nursing Home be Held Liable for Elder Abuse and Neglect?

If evidence shows that a nursing home facility or its employees were negligent in their actions, they can be held liable for any resulting damages. The kinds of damages available in nursing home abuse claims include medical bills, disability, pain and suffering, and disfigurement. Rogers, Arkansas, allows for victims to be awarded punitive damages, which are intended to deter both the defendant and the members of the public from engaging in similar acts in the future. However, punitive damages are only awarded in rare cases.

The following are some instances that can be grounds for filing nursing home abuse claims:

Nursing homes should only hire staff who are properly qualified, well trained, and have the requisite academic qualifications to their respective positions, and should have no prior record of violence or abuse. In case a nursing home ends up hiring an employee without conducting these kinds of background checks, it is basically putting its residents at risk. In such a case, the nursing home can be held liable in case of abuse.

According to a report from the CDC (Center for Disease Control), the average staff to resident ratio is 1 staff to 1.64 residents. If a nursing home doesn’t employ a reasonable amount of staff members, the residents might be neglected because no one is available to look after them. A low staff-to-resident ratio may also mean more work to the staff members, who might not be properly compensated already for the kind of work they are expected to do. Such a nursing home could be held liable if a resident is hurt or dies because of neglect.

There are cases where the staff in a nursing home aren’t provided with proper training to be able to handle disobedient or disabled residents, and can’t adequately provide the level of care expected by the family and required by the law. A nursing home facility may be held accountable if inadequately trained staff cause injury to a patient.

Breach of Regulatory or Statutory Rights

Every nursing home resident is entitled to dignity, autonomy, and privacy. If any staff violates these fundamental rights, the nursing home can be held liable.

Old age often means taking medications regularly, and nursing home residents could potentially suffer when they aren’t provided with the right dosage of medication at the right time. When a resident suffers due to a medication error, the pharmacy, physician, or pharmacist can be held accountable.

Why Should I Hire a Nursing Home Abuse Lawyer?

The elderly are some of the most vulnerable people. Many of them don’t have a good recollection of memories, with many having cloudy memories and poor judgment. This makes it easy for caretakers, relatives, and other people to take advantage of them. Such people might have bad intentions, usually looking to gain access to their funds and/or possessions. That’s why it’s always wise to ensure any evidence of elder abuse is reported immediately. Usually, the victims will require the help of an expert nursing home abuse attorney to help with the process of filing a lawsuit against the people responsible for the acts of abuse. The lawyer will make sure that the people who commit these acts suffer the consequences of their actions. Keep in mind that many defendants like to use the poor memory of the elderly person as a reason to claim the accusations made against them are false. Fortunately, an experienced lawyer will be well placed to counteract these claims.

How Much Does It Cost to Hire a Nursing Home Abuse Lawyer?

It’s natural to have concerns about the cost of hiring a lawyer. You’ve likely already been facing steep medical bills, and the last thing you want is an extra expense. Fortunately, at Keith Law, we don’t charge any fees upfront. Our lawyers operate on a contingency fee basis, meaning we won’t charge you unless we win your nursing home abuse case.

Get In Touch with a Rogers Nursing Home Abuse Lawyer Today

If you suspect a loved one in a nursing home has been the victim of abuse, contact us immediately. We’ll thoroughly investigate the allegations and figure out if you have a case. In case your loved one is no longer around to fight for their justice, Keith Law can step in and fight for their justice by filing a wrongful death lawsuit to pursue compensation for everything they went through. We can sue the facility for the medical bills, abuse, expenses, pain and suffering, along with punitive damages. 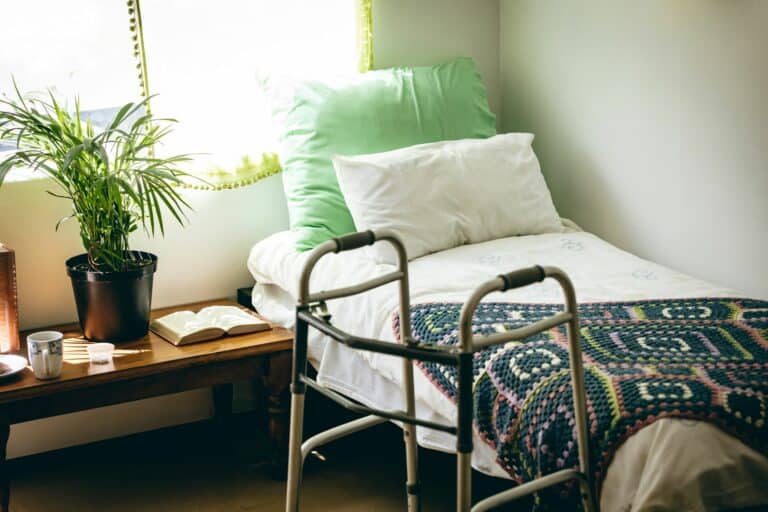 Recently I wrote an article about steps people could take to look out for their family members in nursing homes during the Covid 19 pandemic.